When the newly crowned Rose Queen, Camille Kennedy, leads the 131st edition of the Tournament of Roses Parade on New Year’s Day in Pasadena, Calif., she will be wearing a special headpiece adorned with 600 Japanese Akoya cultured pearls, 10 Australian South Sea cultured pearls and six carats of diamonds. 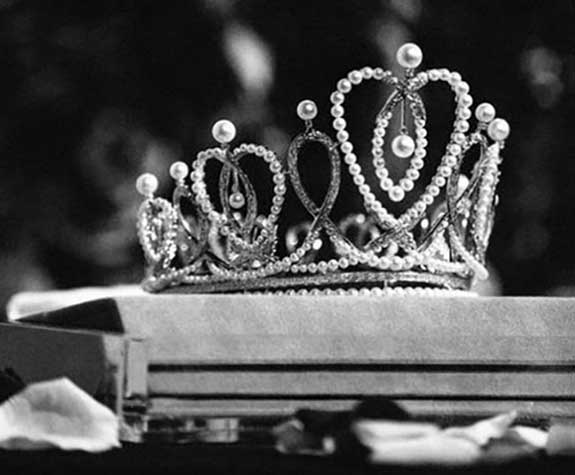 Designed by Mikimoto, the crown took about a year to fabricate and is valued at $400,000.

The much-anticipated parade features floral floats, marching bands and high-stepping equestrian units along the 5 1/2 mile route. As always, the spectacle will be followed by the Rose Bowl college football game, now in its 106th year.

Kennedy, who is a senior at La Salle College Preparatory and lives in Pasadena, was crowned during a coronation ceremony held last week at the Pasadena Playhouse in Southern California.

Her selection followed a month-long process during which 45 top candidates from Pasadena-area schools competed for the coveted title. The participants were judged on their public speaking ability, academic achievement, youth leadership, community service and school involvement. 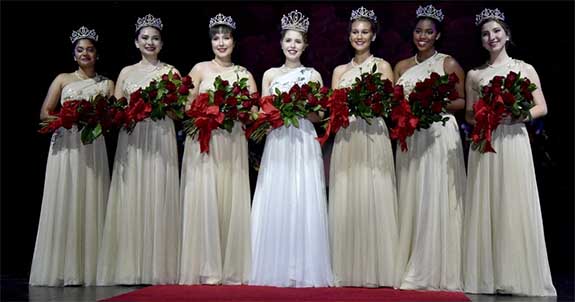 Kennedy will be donning the impressive three-pound crown, while her six princesses will be wearing simpler Mikimoto-designed cultured pearl tiaras valued at $90,000 each. Mikimoto Kōkichi is credited with creating the first cultured pearl in the late 1800s and subsequently starting the cultured pearl industry.

Historically, the Rose Queen’s head adornments have not been as lavish as they are today, according to the Associated Press. In the early 1900s, for example, the Rose Queens had no crowns. They simply wore hats or garlands.

The 2020 Rose Queen and her Royal Court will attend numerous community and media functions, serving as ambassadors of the Tournament of Roses, the Pasadena community and the greater Los Angeles area.

In the photo, above, Kennedy is wearing a white gown and is flanked by the members of her Royal Court: Rukan Saif, Mia Thorsen, Emilie Risha, Reese Rosental Saporito, Michael Wilkins and Cole Fox.

Credits: Queen and her court image via tournamentofroses.com; Crown photo courtesy of Mikimoto.