The internet is buzzing about Scarlett Johansson’s unusual engagement ring, an over-the-top statement piece featuring an 11-carat, light brown, modified pear-shaped diamond that seems to float on her finger adjacent to a brown ceramic band. Jewelry experts have placed the ring’s value in the range of $200,000 to $450,000. 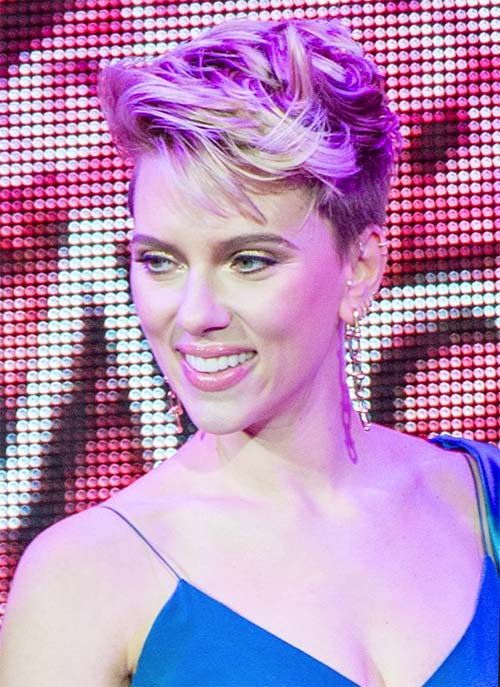 The world’s highest-paid actress was officially engaged to Saturday Night Live‘s Colin Jost back in May, but fans didn’t get to see the unusual engagement ring until Johansson’s appearance this past weekend at the 2019 Comic-Con in San Diego. 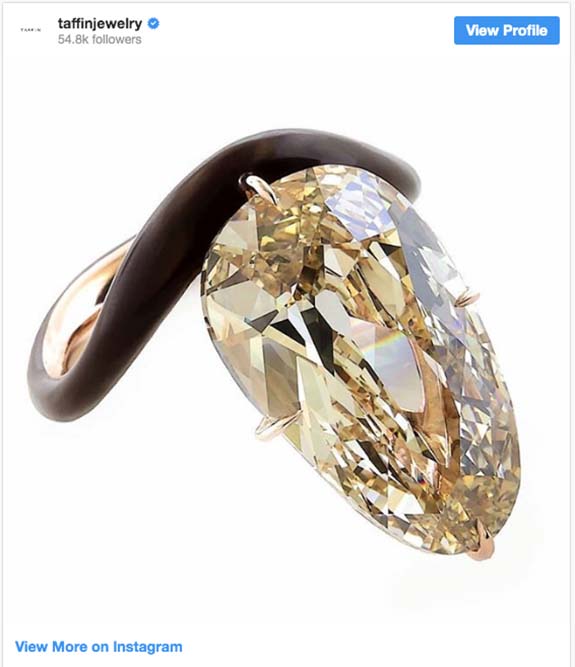 It’s a good bet that Johansson’s ring was designed by James Claude Taffin de Givenchy of New York-based Taffin Jewelry. The brand shared what seems to be an identical ring on its Instagram account in June. Taffin’s caption simply stated that the light brown diamond weighed 11 carats and boasted Type IIa purity. Diamonds of this quality display exceptional optical transparency and make up less than 2% of all gem-quality diamonds.

The ring is generating double takes for a number of reasons. Not only is the light-brown hue unusual for an engagement diamond, but so is the egg shape — a mashup of the traditional pear and oval. What’s more, the claw-set diamond seems to float on the finger, offset from the undulating ceramic and gold band.

Speaking about the designer, Volandes said, “He is a master at setting stones with bold but perfectly correct proportions, as well as making the metal supporting that stone almost invisible.” Givenchy’s uncle is Hubert de Givenchy, the late founder of the Paris-based Givenchy design house. 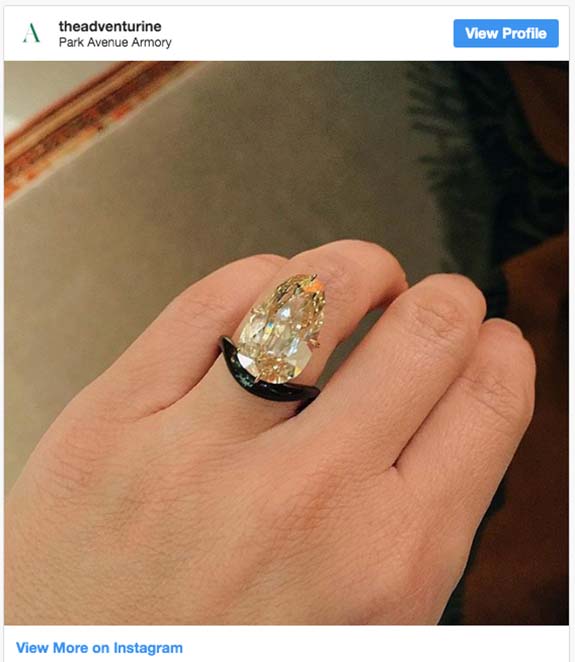 Marion Fasel of the online jewelry publication The Adventurine reported that she got the chance to try on the now-famous Taffin ring back in early May.

Wrote Fasel, “If James de Givenchy is indeed responsible for Scarlett’s stunning engagement ring, a closer look at the jewel… could reveal it to be one of the most stylish and stunning any actress in Hollywood has ever worn.”

The 34-year-old actress and 37-year-old SNL “Weekend Update” co-anchor started dating two years ago. They have yet to set a wedding date. This will be Jost’s first marriage. Johansson has been married two previous times.