On Baffin Island in the Canadian Arctic, University of British Columbia researchers discovered deposits of cobalt-blue spinel in qualities that rival the finest in the world. 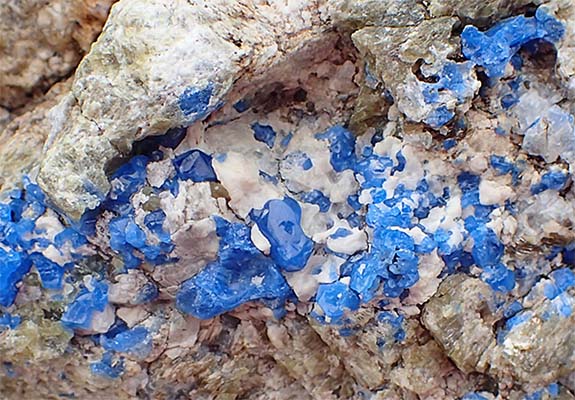 Researchers Philippe Belley and Lee Groat attributed the surprising find to the high levels of a "magic" ingredient present in the area — cobalt.

Pure spinel is colorless, but impurities in its chemical structure give rise to a range of colors, from pink and red to purple and blue. Baffin Island spinel, the researchers found, contains up to 500 parts-per-million of cobalt, which gives it a vivid blue color — a color comparable to the highly coveted material found in Vietnam and the Himalayas. 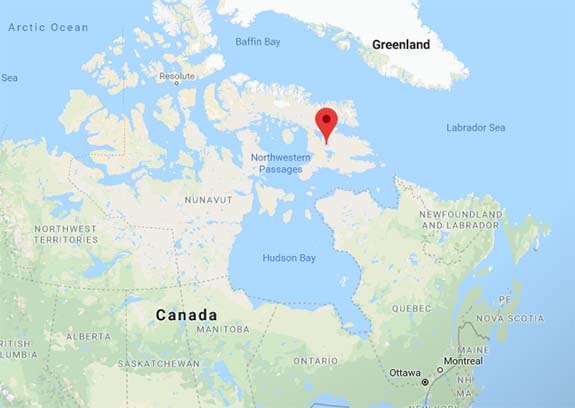 “Baffin Island is geologically similar to the Himalayas, where some of the world’s finest gems have been found,” said Belley, a recent PhD graduate of the department of earth, ocean and atmospheric science. “Canada hasn’t been widely recognized as a source for fine, colored gemstones, but our research suggests that we have all the right ingredients.”

Belley added, "There’s considerable interest in cobalt-blue spinel for gems and jewelry. There are few stones that match its intense blue color.”

Spinel formed on Baffin Island from sedimentary deposits of dolomite-bearing limestones. These sedimentary rocks metamorphosed at temperatures of about 800º C (1,472º F) under immense pressure.

“We found that cobalt was added at some point during sediment deposition or up to early metamorphism,” said Groat, a UBC mineralogist.

The researchers noted that even small spinel crystals with good transparency and fine cobalt-blue color can sell for about 10 times the price of comparable sapphires. But supply is an issue, and even production from the most significant source, Vietnam, is limited and sporadic.

The researchers explained that, despite the prevalence of hungry polar bears on Baffin Island, finding blue spinel there might be easier than exploring for the gem in the thick jungles of Vietnam or the challenging terrain of the Himalayas.

"[In those areas] most new deposits are found by accident,” said Belley. “But there’s excellent rock exposure on Baffin Island, which facilitates exploration and the use of more advanced techniques like imaging using drones or satellites.”

Spinel, which in 2016 joined the official list of birthstones for the month of August, is famous for being the jewelry-industry's "great imposter." Before modern testing became available, deep red spinel was often mistaken for ruby.